The legendary Chelsea Hotel, an icon of 1960s counterculture and a haven for famous artists and intellectuals, has recently reopened after extensive renovations. Dozens of long-term residents, most in their later years, have lived amidst the scaffolding and constant construction for close to a decade. Against this chaotic backdrop, the new documentary Dreaming Walls takes us through the hotel’s storied halls, exploring its living body and the bohemian origins that contributed to its mythical stature. Its residents and the walls themselves now face a turning point in their common history. We are planning a sneak preview screening next week and open the regular engagement on Friday, July 8 at the Monica Film Center and Laemmle Glendale. 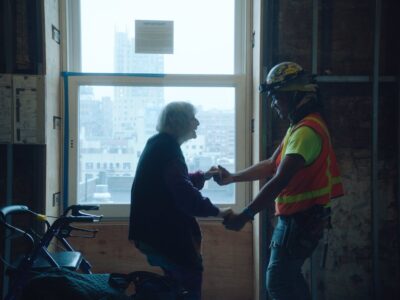 Co-directors Amélie van Elmbt and Maya Duverdier wrote the following about the film:

“The adventure of Dreaming Walls: Inside the Chelsea Hotel began four years ago when we first walked along 23rd Street in New York City and discovered, hidden by a huge scaffolding, the famous façade of the Chelsea Hotel. The neon sign was still hanging there as Patti Smith had described it in Just Kids, a book that means a lot to both of us. 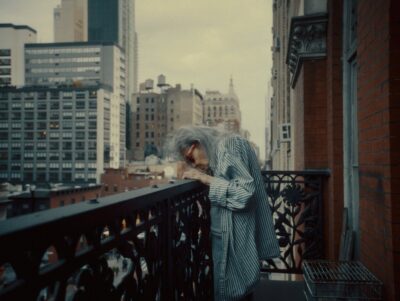 “As young filmmakers we idealized the artist’s life in the ’70s in New York, and the room of one’s own the Chelsea offered for penniless creators of all kinds, like Leonard Cohen, Janis Joplin, Milos Forman, and so many others. 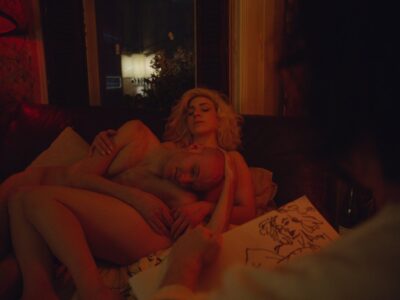 “When we entered this massive red brick building for the first time we had to negotiate going further as doormen were standing there to push back all curious people. The Chelsea was closed to the public because of major renovations. The plaster was falling off the walls. What we discovered was so far away from the ideal image of this mythical building we had in our minds. 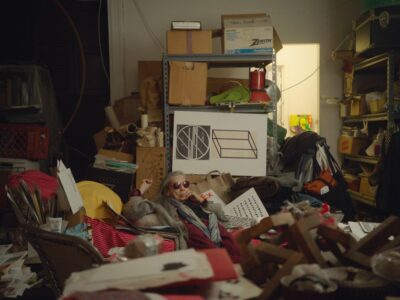 “We first met Merle Lister, one of the residents, who immediately invited us into her room. She told us about her past and the difficult times she was having during the transformation of the Chelsea into a luxury hotel. 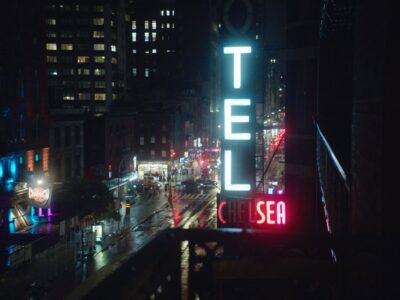 “Over two years we met and filmed other residents who still live and create among the chaos of construction. Like Merle, they are the Chelsea holdouts and have been living in the shadow of the more notable people who once lived there. Today they constitute the living memory of the hotel. They also remind us that the hotel, which might seem like a kind of punk hospice, is home for many people and not just a marketable vision of utopia.

“Dreaming Walls will open the back door of the Chelsea Hotel for you. We hope you will enjoy your stay!”