The movie business was abuzz last week with the announcement about the closure of The Landmark theatre in West L.A. Pundits seized on this as an opportunity to bring out all the old stories that have been written about the death of exhibition. But here’s the truth. People have been predicting the end of the exhibition business for over 70 years. And to borrow the adage attributed to Mark Twain (and generally acknowledged as a misquote), “The reports of my death are grossly exaggerated.”

Yes, movie theatres are still recovering from the effects of being closed for a full year. Any business will have a hard time recovering from that situation. And the recovery process has been hampered as we still had to cope with two significant surges in viral infection. But as I write this, we are experiencing healthy box office numbers for a wide variety of films. We have superhero films like SPIDER-MAN: NO WAY HOME, THE BATMAN and DOCTOR STRANGE IN THE MULTIVERSE OF MADNESS crushing it at the box office. We also have the Rom-Com THE LOST CITY which is on the verge of going over $100M. And we have quirky indie pics like EVERYTHING EVERYWHERE ALL AT ONCE and THE UNBEARABLE WEIGHT OF MASSIVE TALENT hanging around for weeks and weeks and demonstrating that word-of-mouth still matters. I won’t say that we are at pre-pandemic numbers. But we are closer than many expected, and the path to get all the way back seems clear and achievable.

So why is The Landmark closing. Or the Arclight. Or maybe some of our venues in the months ahead. Each closure is unique. But underlying all of them is the fact that real estate is in short supply, and property owners will eventually gravitate to the use that will provide them with the greatest return. And right now, residential real estate is at such a premium that it is nearly impossible for a movie theatre operator to pay as much as the rents that could be collected from apartment tenants. And given that the Los Angeles area needs more residential units (see the front page of the May 18 edition of the L.A. Times), it’s hard to argue with this situation.

I am sorry to see The Landmark closing. But moviegoers in West L.A. need not despair. Many of the films that played at The Landmark were wide release films that are playing at any number of other locations nearby. For the high-profile crossover indie films, they’ll be available at the AMC Century City and at our Monica Film Center. And for foreign-language films and documentaries, we hope audiences will flock to the Royal where these films will find a home.

The movies that you want to see will be available. You just have to go out and support them in their theatrical window.

Greg- Add the latest chapter of “Downton Abbey” to the Likely Success list? Highly likely. Yet I have a quibble in booking a single seat on Opening Weekend, as the ticketing system put me immediately next to a tightly-packed group of strangers. It flags as problematic my first choice to leave an empty seat between us, and wouldn’t allow it. I’d of done this in the Before Times, as well. Hoping someone at the venue can intervene… -Surely we’re not ready for enforced and prolonged closeness yet? 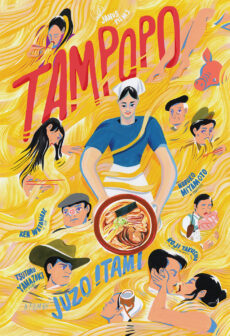 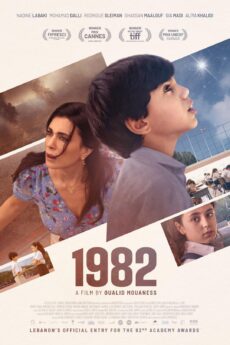 Tomorrow is #WorldRefugeeDay and The Story Won't