More than 1200 people participated in this year’s contest and no one could correctly guess all 24 winners. In fact, the winner only succeeded in guessing 21 of the 24! Eighty-seven percent right is only a B+ but that’s understandable. Some of the Academy’s choices were, shall we say, surprising.

*The average correct categories guessed was 11. A full 10 below the 1st place winner.

*The top three winners had their differences in a few categories such as Costume Design, with The Favourite and eventual winner Black Panther as the top choices; Production Design, with Roma and eventual winner Black Panther as the the top choices; Sound Editing, with First Man, A Quiet Place, and eventual winner Bohemian Rhapsody as the top choices there.
*Using the tie-breaking question (the length of the telecast in minutes) 3rd and 4th place were separated by only 1 minute! A gap as small as possible without being a tie!
*For Best Picture, only 20% picked the winner Green Book, with Roma garnering 50%.
*There were clear winners in both Animated categories. Animated Feature winner Spider-Man into the Spider-Verse gathered nearly 70% of the vote while Animated Short winner Bao grabbed nearly 60%.
*Not so clear in both Documentary categories. Documentary Feature winner Free Solo grabbed 35% of customers while the majority, at 40%, choose RGB to win. For Documentary Short: Winner Period. End of Sentence. got 30% of the vote with the other nominees evenly split. 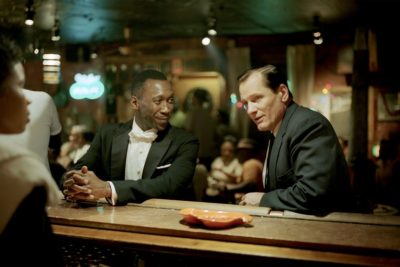 As an exhibitor, I'm supposed to hate VOD (video o