In India, a group of boys dream of becoming chess grandmasters. But this is no ordinary chess and these are no ordinary players. ALGORITHMS is a documentary that transports us into the little known world of blind chess. Filmed over three years in different parts of India, ALGORITHMS follows three boys and an adult champion who not only aspires to bring global recognition to India’s blind chess players, but also wants to encourage all blind children to play chess.

ALGORITHMS director Ian McDonald and producer Geetha J will participate in Q&A’s at our Town Center 5 theater after the 7:10 screenings on Friday and Saturday, October 17 and 18 and after the 1:40 show on Sunday the 19th. 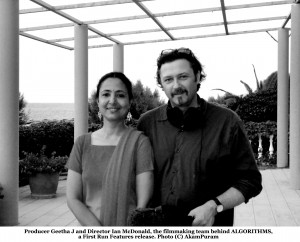