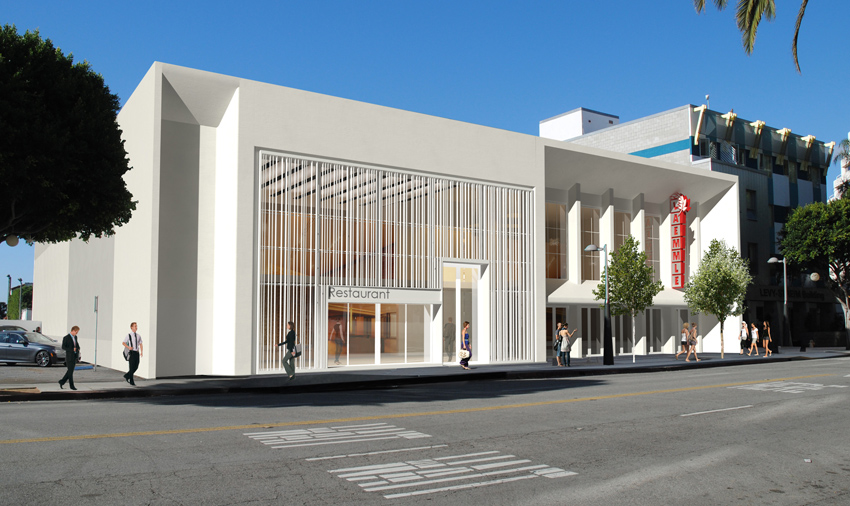 Big news in Laemmle Land! On Monday we are shutting down our Santa Monica theater for major renovation.  While the renovated theatre will contain some elements of the old building, this weekend is the last chance for Monica 4-Plex fans to see the voluminous lobby in its full glory.

We hope to re-open the theater by the end of this year as the MONICA FILM CENTRE with a restaurant and lounge, a rooftop deck (ocean view!) and six auditoriums devoted to indie and foreign films rather than four.  That huge lobby space has to go somewhere!