Laemmle Theatres and the Anniversary Classics Series present FRENCH CANCAN, one of the best late films created by master director Jean Renoir: a rousing tribute to the 19th century world that his celebrated father, Pierre Auguste Renoir, and other Impressionists created in their paintings. Set mainly in Montmartre and the original Moulin Rouge nightclub in the 1890s, the film chronicles the revival of the cancan that electrified Paris. This film marked Renoir’s return to filmmaking in France after a lengthy exile caused by World War II. 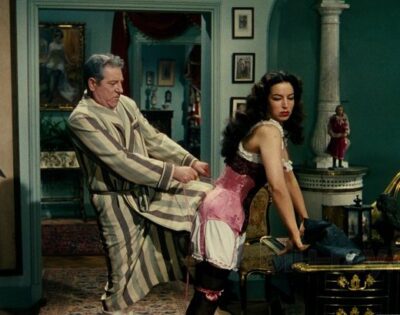 Renoir’s main character, a theatrical impresario named Henri Danglard, is portrayed by legendary French actor Jean Gabin, who had worked with Renoir in the 1930s in The Lower Depths, La Bete Humaine, and the director’s antiwar masterpiece, La Grande Illusion. Gabin, for decades the face of French cinema, creates a vivid character in FRENCH CANCAN, a producer who has the restlessness of an artist, always seeking new challenges—and new romances in his personal life. The principal women in his life are portrayed by Francoise Arnoul and Maria Felix, with the legendary singer, Edith Piaf, in a tasty supporting role. 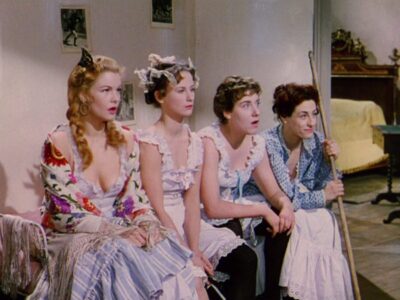 One of the critics who endorsed the film in the 1950s was Francois Truffaut, who was writing criticism before he embarked on his directing career. Truffaut considered FRENCH CANCAN a milestone in the history of color cinema. He observed that one scene of a dance class “reminds us of a Degas sketch,” and he added that Renoir’s direction was “as vigorous and youthful as ever.” 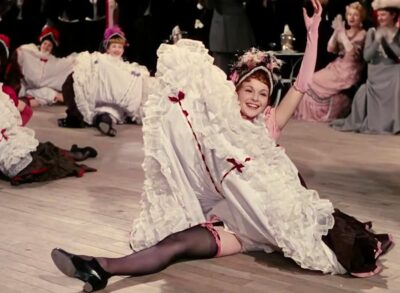 Later reviews also endorsed the film, especially after footage cut from the initial release was restored. Leonard Maltin paid tribute to the “brilliantly beautiful restored version” and called the film “an impressive, enjoyable fiction about beginnings of the Moulin Rouge and impresario Gabin’s revival of the cancan.” Roger Ebert called the film “a delicious musical comedy that deserves comparison with the golden age Hollywood musicals of the same period.” In The Guardian Peter Bradshaw wrote, “The glorious final sequence, in which the cancan is finally unveiled to the rowdy audience, is some kind of masterpiece, perhaps the equal of anything Renoir ever achieved: wild, free, turbulent, exhilarating.” 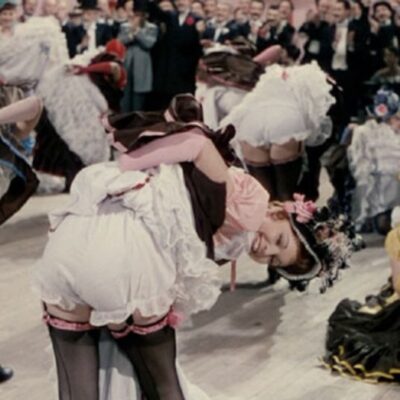 This musical delight will play at 7 PM on Wednesday, October 13, at four Laemmle theatres: the Royal in West L.A., the Playhouse in Pasadena, the Laemmle Glendale, and the Laemmle Newhall.