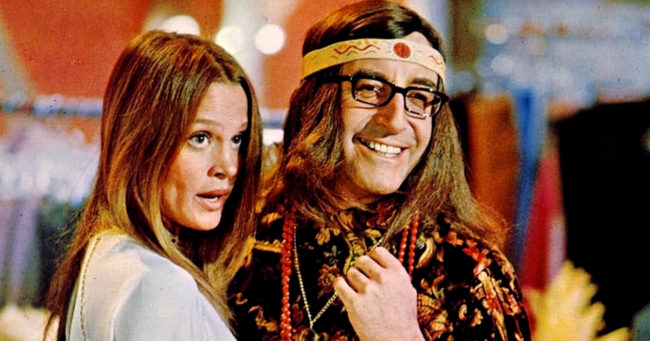 Laemmle Theatres and the Anniversary Classics Series present a 50th anniversary screening of the hit Peter Sellers comedy from 1968, I LOVE YOU, ALICE B. TOKLAS! The Establishment meets the counterculture in this topical and often uproarious satire that poked fun at many of the conflicts dividing the country during the tumultuous 1960s.

Sellers plays an uptight Los Angeles lawyer whose life unravels when he meets a young hippie, played by Leigh Taylor-Young in her feature film debut. 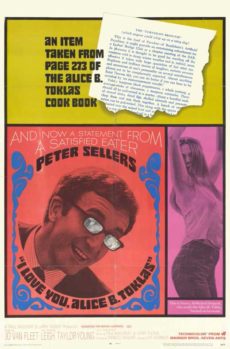 One of the film’s memorable set pieces revolves around a supply of marijuana brownies that come from a recipe in cultural icon Alice B. Toklas’s famous cookbook. With marijuana now legal in California and in several other states, the film takes on renewed timeliness and may well give happy viewers a contact high.

Back in 1968, Variety declared, “Film blasts off into orbit via top-notch acting and direction.” Pauline Kael, who had recently begun her regular stint reviewing for The New Yorker, called the picture “A giddy, slapdash, entertainingly inconsequential comedy…the picture makes you laugh surprisingly often.” And Leonard Maltin praised this “excellent comedy about the freaking out of mild-mannered L.A. lawyer. Sellers has never been better.” Indeed the film represents one of the highlights of Sellers’ vibrant and diverse list of achievements during the 60s. 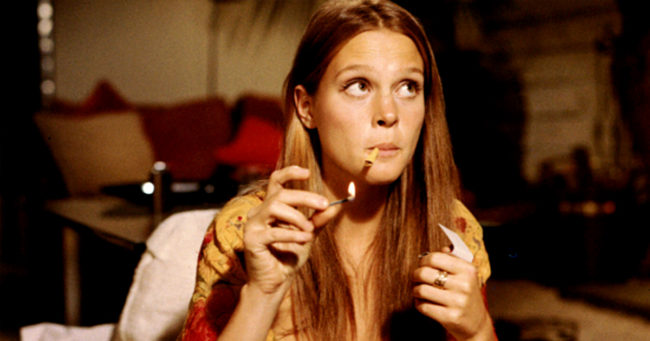 Actress Leigh Taylor-Young first came to prominence on the popular ‘Peyton Place’ TV series of the 1960s. Her other films include ‘The Gang That Couldn’t Shoot Straight,’ which marked one of the first screen roles for Robert De Niro; John Frankenheimer’s ‘The Horsemen,’ co-starring Omar Sharif; the prophetic sci-fi movie, ‘Soylent Green;’ and the suspense thriller ‘Jagged Edge.’ She has worked in the theater and costarred in several popular TV series, including ‘Picket Fences,’ for which she won an Emmy, ‘Dallas,’ and ‘Passions.’ In recent years she has also been active in humanitarian and spiritual activities for the United Nations and other organizations.

I LOVE YOU, ALICE B. TOKLAS! followed by Q&A with Actress Leigh Taylor-Young screens Wednesday, April 25, at 7:30 PM at the Royal Theatre in West L.A. Click here for tickets.