Los Angeles documentarian Kirby Dick makes terrific films that brilliantly explore the most urgent issues of our time, whether child abuse in the Catholic Church (the Oscar-nominated Twist of Faith); sexual assault in the U.S. military (The Invisible War, also Oscar nominated); and the hypocrisy of the MPAA’s rating system (This Film is Not Yet Rated). His latest is THE HUNTING GROUND, a startling exposé of rape crimes on U.S. campuses, institutional cover-ups and the brutal social toll on victims and their families. Weaving together verité footage and first-person testimonies, the film follows survivors as they pursue their education while fighting for justice – despite harsh retaliation, harassment and push-back at every level. Leading film critic Manohla Dargis of the New York Times calls it “a must-watch work of cine-activism, one that should be seen by anyone headed to college and by those already on campus.” Joe Neumaier of the New York Daily News calls it “Kirby Dick’s important documentary.” We are very pleased to open THE HUNTING GROUND on Friday, March 13th at our Pasadena theater and one week later at our Claremont location. 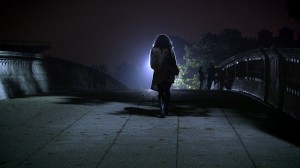