One of the great things about a Los Angeles summer is Grand Performances, the free series of music, dance and spoken word performances and film screenings held June through September in California Plaza in Downtown L.A. This year they are planning a screening of Sherlock Jr. with a live improvised soundtrack by The Magnetix; an Angelique Kidjo concert; a tribute to Minnie Riperton; a puppet show of “Jack and the Beanstalk;” a “People Get Ready: A Soundtrack of the Civil Rights Movement” concert; and much more. Full list here. Gravy? The complementary bike valet. 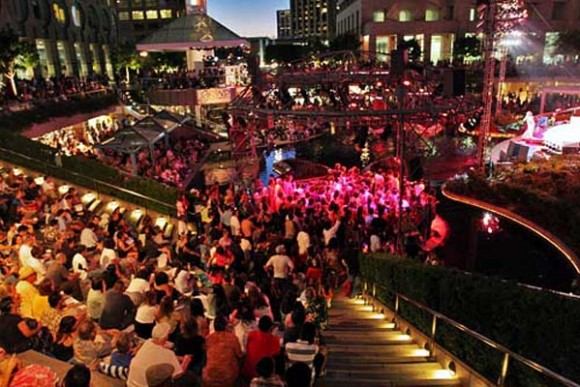